Gratitude: Why I Do It, and Why You Should Too! 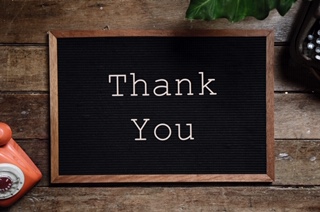 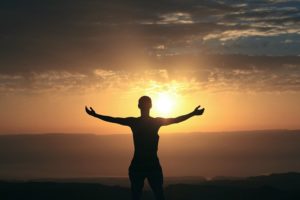 I must confess, I haven’t always been the person that sees the positive in situations. Growing up I seemed to have a propensity to not only see the negative, but to expect it. In my mind, I justified this “prepare for the worst” attitude by assuring myself that if I expected to fail, I would never be disappointed. At the time, this attitude did seem to help by preventing the sadness associated with crushing failure; thoughts like “of course you failed at that, what did you expect?” or “I actually deserve to fail because I didn’t work hard enough” became commonplace. Overtime though, something interesting started to happen; I started to literally “see” the world as a threatening place. When I tuned into popular media or met with people in my daily life, I saw the negative. If you would have asked me 15 years ago, I would have said “of course the world is a terrible place, a place to be avoided.”

I didn’t know it yet, but what I was experiencing was a pattern of thoughts that Cognitive Behavior Therapists call cognitive distortions. By choosing to “see” the negative I had literally trained my brain to scan for these in the world, as well as to expect them in my own life. There does seem to be a biological advantage to the ability to identify threat before it happens, but I had taken it WAY too far. The more that I learned about this process, the more I learned that these thoughts were having a negative impact on other areas of my life as well including relationships, school, my physical health and sleep. Fortunately for me, I chose psychology as an undergraduate, and had to engage in a great deal of self-reflection and work in order to identify and address these self-defeating thoughts; a process that continues to this day. 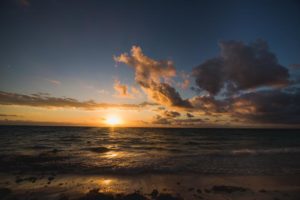 Around this same time, for a research project, I stumbled onto the work of an area of psychology that was still in its infancy: positive psychology. Martin Seligman, generally considered the father of positive psychology, became president of the American Psychological Association (APA) a few years earlier and declared that it was past time that psychologists understood how to increase positive emotions as well. Up until this time, the profession of psychology had learned a lot about how to relieve symptoms of mental illness, but it didn’t know squat about how to boost feelings of happiness and well-being. Put another way, we were good at bringing you from a -2 back to a 0, but we didn’t know how to bring you from a 0 to a 5. Afterall, as anyone who has been in therapy can attest, we can relieve symptoms of depression without making someone happy; happiness was something else.

Given that this area of research was still new, there wasn’t very much coherence behind the scientific literature; there weren’t that many legit studies available, and those that were available were generally regarded as unrealistic and poor science. Interestingly for someone whom was drawn to negativity, one area of this research spoke to me, that of positive emotions and gratitude. Self-reflection had shown me just how distorted my thoughts had become, as well as the effect that this was having on my emotions; As it turned out, I was tired of feeling crappy and searching for evidence to prove my distorted view of reality. Maybe positive psychology was the answer? 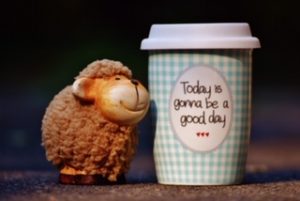 At this point I decided to do a little experiment, with myself as the sole participant. I had read that one of the exercises for gratitude involved spending some time in reflection, every day, concerning what you were grateful for on that day. I made a promise to myself to continue this for one month, at which time I would evaluate its effectiveness. My history, and tendency to veer towards the negative, made this exercise very difficult in the beginning; I struggled to find three things daily that I was grateful for. Interestingly, things started to change slowly, and the exercise became easier; instead of dreading this time, I actually started to look forward to it!

So, what changed? Nothing… at first. Without question I could identify things to be grateful for far easier than I could before. In hindsight, this was but the first sign that a process called “neuroplasticity” was taking place inside my own brain. Essentially the exercise was working to re-wire existing circuits in my brain that were on constant alert for threat. I also noticed that, while I did experience positive emotions from the exercise (happiness and joy in particular), what was most interesting was the reduction in emotions that didn’t make me “feel good” (primarily worry and sadness). While I would still experience these “negative” emotions on occasion, their occurrence was far less than before. I decided to continue with the exercise primarily because I enjoyed the feeling of positive emotion and wanted to experience more of those.

I have continued with this exercise for 18 years and I can confidently say, without question, it has changed my life!! Having never been a “glass half full” kind of guy, I can assuredly say that this has changed. I am now able to see the positive and to be thankful for experiences in my daily life that I would have never even noticed before. I believe that this has made me better in all the roles that I play in my life (i.e., husband, father, brother, son etc.). I also know without question that it has made a significant impact in my work with other people as a psychologist. In fact, I believe in this exercise so much, it is often the first thing that I encourage my patients to do for “homework” when they come and see me. How can you get started? This is what I would recommend:

Thanks for reading and have a great day. If you have any questions or comments, hit me up at brandon@elevationprocess.com. 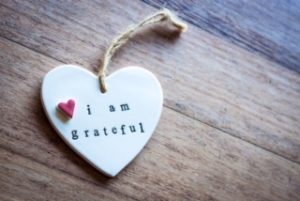